PraxisLIVE is a hybrid visual IDE for live programming - a nodes and code system providing the benefits of both visual and textual coding, while aiming to counter some of the deficiencies of both. PraxisLIVE began as a tool for creative coders, but has broadened to embrace more general purpose programming, while retaining access to features for creatives.

PraxisCORE is at the heart of PraxisLIVE, a modular real-time recodeable actor system. It can be used via PraxisLIVE, for exporting standalone projects, as a command line tool, or as individual libraries. Supporting distributed processes and hot code reloading at all times, it brings aspects of Smalltalk, Erlang and Extempore to the Java platform.

All of PraxisLIVE is free and open-source. PraxisCORE is free to use in open-source and commercial projects. Development is supported by Codelerity Ltd., who can also provide commercial support and custom development. 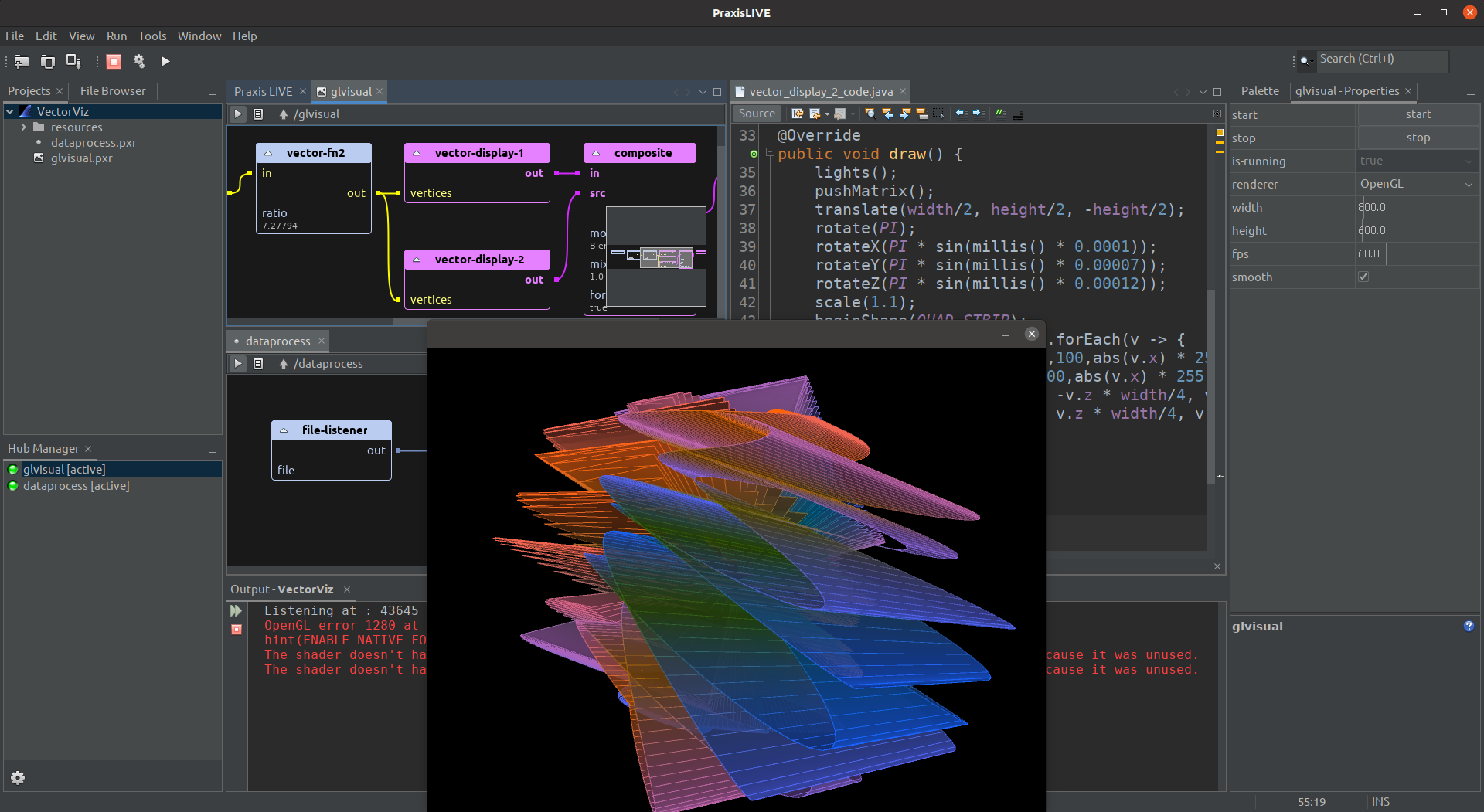 ...imagine combining the best of Java or Processing with the best of visual node-based systems like Node-RED; imagine components defined as code fragments, so you're never constrained by what comes built-in; imagine forking components or creating new ones all while your project is running...